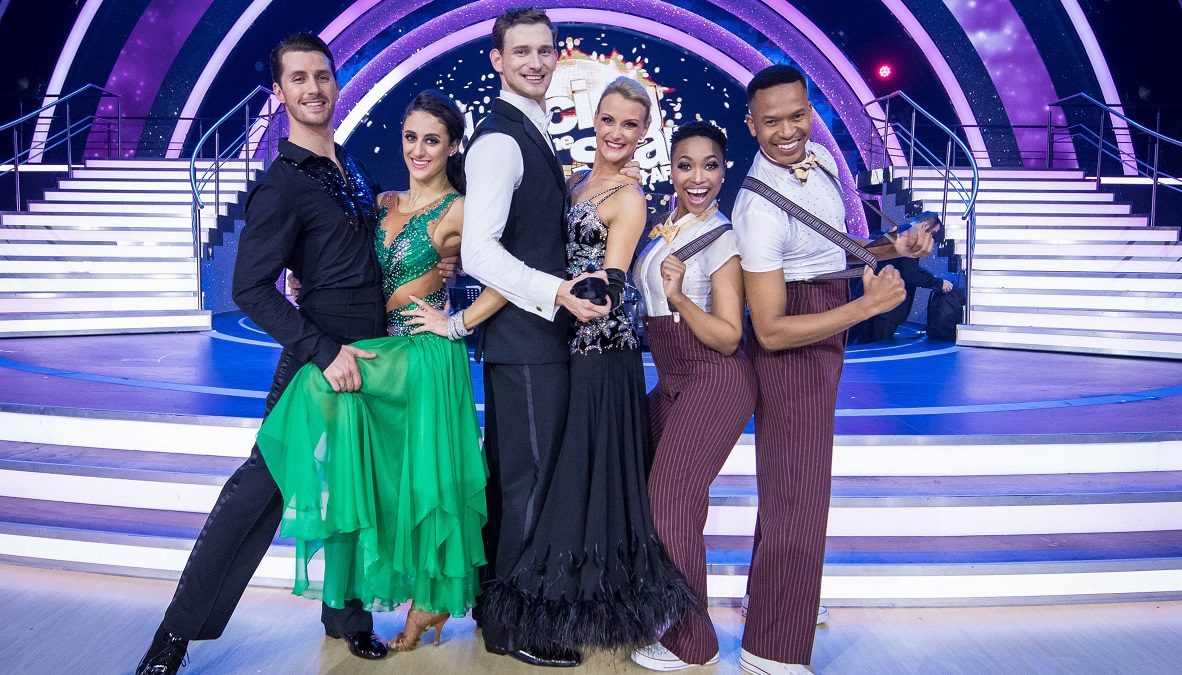 Who will be crowned King and Queen of the Ballroom?

For the past 11 weeks, 12 South African celebrities have teamed up with 12 of the country’s best professional dancers and performed Salsas, Rhumbas, Waltzes, Charlestons, Foxtrots, and Paso Dobles for the internationally-acclaimed Dancing With The Stars SA judging panel consisting of judges Jason Gilkison, Tebogo Kgobokoe, Debbie Turner, and Bryan Watson. They have dazzled with routines that they never dreamed they were capable of, and now only three couples remain to compete one last time for the Glitterball Trophy!

Actress Zola Nombona and her partner Tebogo Mashilo, singer and songwriter Connell Cruise and his partner Marcella Solimeo, and actor and model Eden Classens and his partner Ash-Leigh Hunter will perform in the show-stopping finalé of Dancing With The Stars SA Season 1 this coming Sunday, 22 April and it’s going to be more spectacular than ever. Each dancing pair will perform three separate routines: one of their own choice, one dance which has been selected by the judges and one special, brand new routine.

Sunday’s live two hour extravaganza, which will be broadcast from 17:00 – 19:00, will also feature guest musical appearances from Craig Lucas, Claire Johnston and Mafikizolo!

To add more pressure into the mix, this week the results are entirely in the hands of the voting public! The show’s judges will have no say in which couple is crowned the winner. As such, a special pre-finale voting round is currently open and will close tonight, Wednesday 18 March at 22:00. The voting lines will reopen again on Sunday 22 March at the start of the show at 17:00 and will close at 18:15, ahead of the winner reveal just before 19:00.

Remember: if you’re not already registered to vote, registration for new voting fans is open all week this week, and will only close at 16:30 ahead of the finale this coming Sunday. You can register at mnet.tv/dwtssavote to participate in the live Dancing With The Stars SA voting on Sunday night. Viewers only need to register once to be able to vote in every episode of the season.